From Drug Dealer To Coffee Roaster 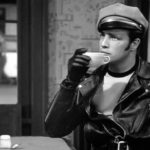 As a master Spokane coffee roaster, I know that we roast the best whole bean coffee on the planet.  No brag, just fact.  But a lot of people don’t know that or know who we are or what we do.  On occasion, when I meet people for the first time, I like playing a fun game with them. “I do what they do.” It’s a hoot. For example, recently we were at a family reunion in California. (Don’t worry, I’ll tie this into coffee in a minute.)

At one point during the party my wife introduced me to a distant relative. This guy was big, with tattoos, straggly hair, long beard, with an obvious Hispanic background, and California tan. That being said, Kenny was real cool and a great father. I liked him right off.

Standing there with our coffees in hand, I did what most men do; I asked him, “What do you do for a living?” Kenny told me that he was a drug dealer. Taken a little back, I asked him to tell me more. Sitting around the breakfast campfire, he told me all about the “drug” business; from growing to distribution and reinvesting the profits.

Eventually he asks me, “Russell what do you do?” (I could tell that he was sniffing that big fat juicy worm.)  Not yet wanting him to know that I roasted the best whole bean coffee on the planet, so I said, “Well Kenny, I kind of do the same thing that you do.”   Pregnant pause. (Nibble, nibble, nibble) Kenny was then obliged to say, “Really, how’s that?” (Chomp! Hook line and sinker!)

“Well”, I say. “Like you, I import my drugs from Central America.” (With the hook set, I just started reeling him in.) “Yep, Columbian Gold, Mexican Brown, even Maui Wowie. But my favorite is Costa Rican Green.” If you haven’t met me, I look the exact opposite of Kenny. I’m a short, fat, clean cut, super conservative, Christian, white guy. Obviously, I look more like a tax accountant than a drug dealer.  He had no clue that my real focus was roasting the best whole bean coffee on the planet. 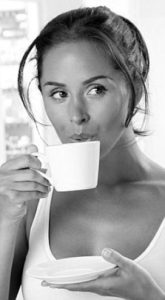 With mouth hanging open, Kenny asked how I got the stuff across the boarder? Then I told him that instead of smuggling a few bricks at a time, I use a consolidator, who buries my 70 Kg burlap bags inside someone else’s shipping container. No fuss, no muss, no customs, and more importantly no risks.

With jaw hanging open, Kenny asked, “Then how do you distribute your stuff?” “Simple”, I say. “I bypass the wholesalers and pushers, and sell directly to the end user via the internet, one bag at a time.” His response, “But then you can be undercut by other dealers.”

“Nawww, the real trick”, I said, “Is to move people off of the more popular nasty burnt stuff and on to the good hard stuff. The profit margin is the same, but once they have a taste of the really good stuff, they never go back, and they never try a different dealer.”

You should have seen Kenny. It was all I could do to keep a straight face. Then Kenny played right into my trap. He asked to try some of my stuff. And with a bored look, I saluted him with my coffee mug and said, “You’re drinking some of the world’s best whole bean coffee right now.” With a confused look on his face, he just said, “What?” “Yep right now, you’re drinking some of the world’s very best whole bean coffee.  That’s what do.”

It took a moment or two to sink in, and then he started laughing like a big bear with a bucket of honey. I thought the poor guy was going to have a heart attack. 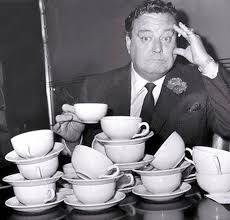 I am blessed to be in the world’s second largest commodity market, which is dominated by major corporations who don’t give a hoot about their customers or the crappy coffee that they sell. Any time there exists a huge old industry who’s doing a piss-poor job of serving their customers, then there also exists a huge opportunity. This leaves me totally blessed to educate people about what real soul satisfyingly smooth coffee can taste like.

As a master Spokane Coffee, I love this business.