If CNN is Fake News, Then Is Starbucks Fake Coffee? 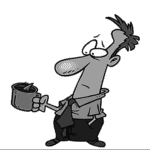 Both American journalism, i.e., “news reporting” and American coffee can find their roots in the American Revolution.   Even though coffee isn’t guaranteed in our country’s constitution, a “free” press is. In fact, a free press’s original intent was to keep the government in check. And of course, during the revolutionary war, without our English tea (remember the Boston Tea Party), Americans turned to coffee.

Talking about news and coffee, unfortunately we’re in an age where it’s necessary to define a few words. Contrary to what liberals would like you to think, words mean things. Words are not whatever you’d like them to mean. That’s why we have dictionaries.

Accordingly, here are a few definitions from Webster’s dictionary: 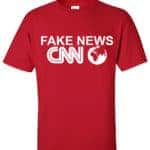 Needless to say, CNN and their cronies have gone way past the point of reporting the truth. Instead of “reporting” the news, CNN seems to think that it’s “OK” to just make up news, i.e., fake news. Obviously, they believe that promoting their liberal agenda justifies lying. 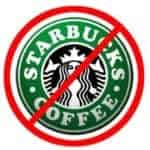 Likewise, Starbucks has an agenda. Not surprisingly, its agenda doesn’t differ to much from CNN’s agenda. In fact, both organizations clearly support the LGBT, anti-gun, anti-Christian, and anti-first amendment movements.

Although Starbucks isn’t creating fake news, they are, in my humble opinion, creating fake coffee. In fact, a small percentage of what Starbucks sells is not actually coffee. They sell a whole lot more milk, sugar, corn syrup, artificial flavorings, whip cream, and sprinkles. So, why are they called a coffee shop?

I contend that what coffee that Starbucks sells, isn’t real coffee. Let’s put it this way. After Starbucks gets done burning the snot out of their industrial coffee beans, what’s left? In a word, “Charcoal”. Heck, if you like burnt and bitter industrial coffee, you might as well brew $2 / pound Kingsford charcoal instead of $18 / pound of Starbucks. It tastes the same. 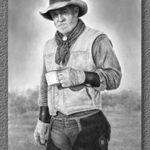 Let’s put aside for a moment the subject of Starbucks and CNN and step back in time about 100 years. Back in the day, American Journalism and American Coffee focused on truth. As Detective Joe Friday from the TV show Dragnet used to say, “Just the facts ma’am.”

100 years ago, being a journalist was a pure and honorable profession. Likewise, coffee was pure; no chemicals, no pesticides, no sugar, no cream, no flavorings, and fresh roasted. By fresh, I meant that the coffee was brewed within days of being roasted. This gave the coffee a very smooth, nutty, rich, and naturally sweet flavor.  Now that’s real coffee.