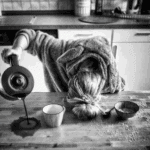 Term Limits For All

Let’s send a message to congress that will epitomize our contempt for them by funding the shutdown. I don’t mean that we try to stop the shutdown, but we try to keep the shutdown going! Since our federal government does more harm than good, then we should do everything we can to keep them shut down.

Granted, in all reality, that’s really not going to happen. Our only real recourse to get our government back on track is to permanently fire all of our federally elected officials. And here’s how we’re going to do it.

I figure that every American should toss a nickel into the pot. A nickel, you know that little metal coin thing with a picture of Lincoln on the front. For you millennials, maybe you remember your folks telling you that they would use a nickel in a phone booth to make a phone call.  Remember, a phone booth is… well never mind. Let’s just call it 5 cents, or for those of you in D.C. that’s 1/20,000,000,000 of a billion dollars.

Anyway, there’s roughly 300 million citizens in the US. Let’s just for argument sake say that there’s 200 million red-blooded, tax-paying, hard working, Americans that aren’t on the government dole. What if each of those Americans tossed a nickel into the pot?  We’d then have about $10 million dollars, which would fund the US government for about 3 seconds.

My suggestion is that we raise $10,000,000 to fund a national campaign promoting a constitutional amendment titled Term Limits For All. This simple amendment will limit every federal elected office to one term.