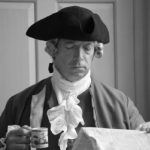 Lake City Coffee is the fourth business of which I have owned in the last 20 plus years. Throughout that time, I have exercised a general belief that politics has little place in business. Considering my coffee business and my political leanings, we should discuss where and how coffee and politics do come together. And since Lake City Coffee is a business, I’d also like to touch on the appropriateness of politics within business.

The Purpose of Business

Business exists for one primary purpose; profit. Without profit a business does not survive. There are many aspects of business that need to be executed well for it to be profitable, including:

Notice that religion, sex, and politics isn’t in that list. At first, it seems odd that the three most important parts of our lives aren’t included in business. And frankly, in my opinion, it shouldn’t be. Business is simply a means to an end. It allows customers, employees, and owners the resources to live and hopefully live a good life.

As I said earlier, I believe that politics has little place in business. Why would any business owner intentionally alienate a large portion of his customer base is beyond my understanding. Yet we see it every day from the likes of Nike, Yeti, Charbucks, NFL, NBA, etc.

Having been born out of the ashes of failing and repressive governments (England and Europe), America’s founding fathers created a republic with a nearly sacred constitutional document allowing for “…life, liberty, and the pursuit of happiness”.

It is this constitution, which guides all of our federal, state, and local laws.  Additionally, for nearly two and a half centuries, we have all lived with the mutual adamant belief in the equally applied rule of law.

Politics was once just an open discussion or debate upon how to best guarantee our constitutional rights equally under the law. In the old days, we could calmly, logically, and factually discuss these issues.

There was a time, where we could not only agree to disagree, but we could poke fun at each other and both laugh.

Just take a quick look at Benjamin Franklin’s satires written under a variety of pen names. Not only were Franklin’s satires funny, but they also pointed out our faulty logic and incorrect facts.  Ah, those were the good old days of intelligent and witty debate.

Speaking of our founding fathers; not only was the Boston Tea Party a defining moment in the birth of a nation, i.e., telling Brittan to shove their tea tax where the sun don’t shine, but it was also a defining moment in the societal revolution of changing subjugated colonial tea drinkers into coffee drinking American revolutionaries. Maybe drinking coffee is one reason we won.

In reality, one reason our founding fathers created our Constitutional Republic was to keep our Government out of our Religion, not the other way around. A perfect example to prove my point is the historical Black Robe Regiment. I know that most of us who were educated by the government have never heard of the Black Robe Regiment.

Unfortunately, we as a nation are currently at a crossroads. Half of our nation is not willing to discuss anything, with anyone, who doesn’t agree with their anti-American, anti-logic, anti-free-enterprise, anti-capitalism, anti-fact, and anti-constitutional revolution.

Guns don’t start revolutions; it’s education that starts revolutions, which in this case started 60 years ago. It’s guns that end revolutions. Thank God that we haven’t yet finished this revolution with guns. If that becomes necessary, it will surely become a sad day in our country’s history.

In our American Constitution, we are guaranteed “… life, liberty, and the pursuit of happiness”. Nothing binds people together better than fine food and drink.

If we can’t reason logically with half our nation, perhaps we can eat, drink, and be merry with them. And perhaps this will open the door to their heart, ears, and mind.

My suggestion is to make your family and friends a great cup of Revolutionary Conservative Coffee and sit down, enjoy, and listen. It’s amazing how far you can get with truly great coffee and an open ear.

God gave us two ears and only one mouth for a reason. He also never intended for coffee to taste burnt and bitter. It took WWI and the army brass to invent burnt and bitter roasted coffee. This was just a means of preserving coffee long enough to last the voyage to Europe. So, don’t go the burned and bitter industrial coffee route in helping your friends and family to see the light.

A Confession Of Sorts

I’d like to keep politics out of my business and my website as much as possible. Yes, Alisha and I are Constitutional Conservative Christians. And yes a majority of our customers are as well. But honestly, that was not our intent. We just wanted to provide the best coffee that money could buy. And then help people to create the best coffee experience of their life.

I must admit, that I have written a few satirical blog posts poking a little fun at both the right and the left. OK, maybe a little more than a little at the left. But heck, I don’t care if you’re a hard-core far left wing or right wing nut job. As long as you’re drinking and enjoying our coffee, then I say, “Good for you”.

Before Alisha and I started Lake City Coffee, we found that our home roasted and home brewed coffee was hands down better than anything we could buy in any store or coffee shop. We learned that coffee wasn’t meant to be bitter and burnt or taste like soaked shoe leather.

Alisha and I began a search for the smoothest coffee on the planet. We eventually found a great tasting and super smooth coffee from small single source plantations in the Tarrazu region of Costa Rica. This is where we now source 100% of our green coffee beans. We also learned that the best coffee is roasted low-n-slow in small batches. This small and personal approach is very unlike the mega vats from the industrial coffee companies.

Lastly, we learned that we love sitting at the table in the morning with our coffee and talking politics.